The release of the BlackVue DR750X Plus series dash cams might have you thinking if it’s time to replace your DR750X and the DR750S. One of the questions we get all the time from users looking to upgrade their dash cam is, “Can I reuse the coaxial cable?” In this article, we will go over the 12 most common BlackVue accessories and find out if you can reuse them or if you need to upgrade them as well.

What to expect when upgrading to the DR750X Plus 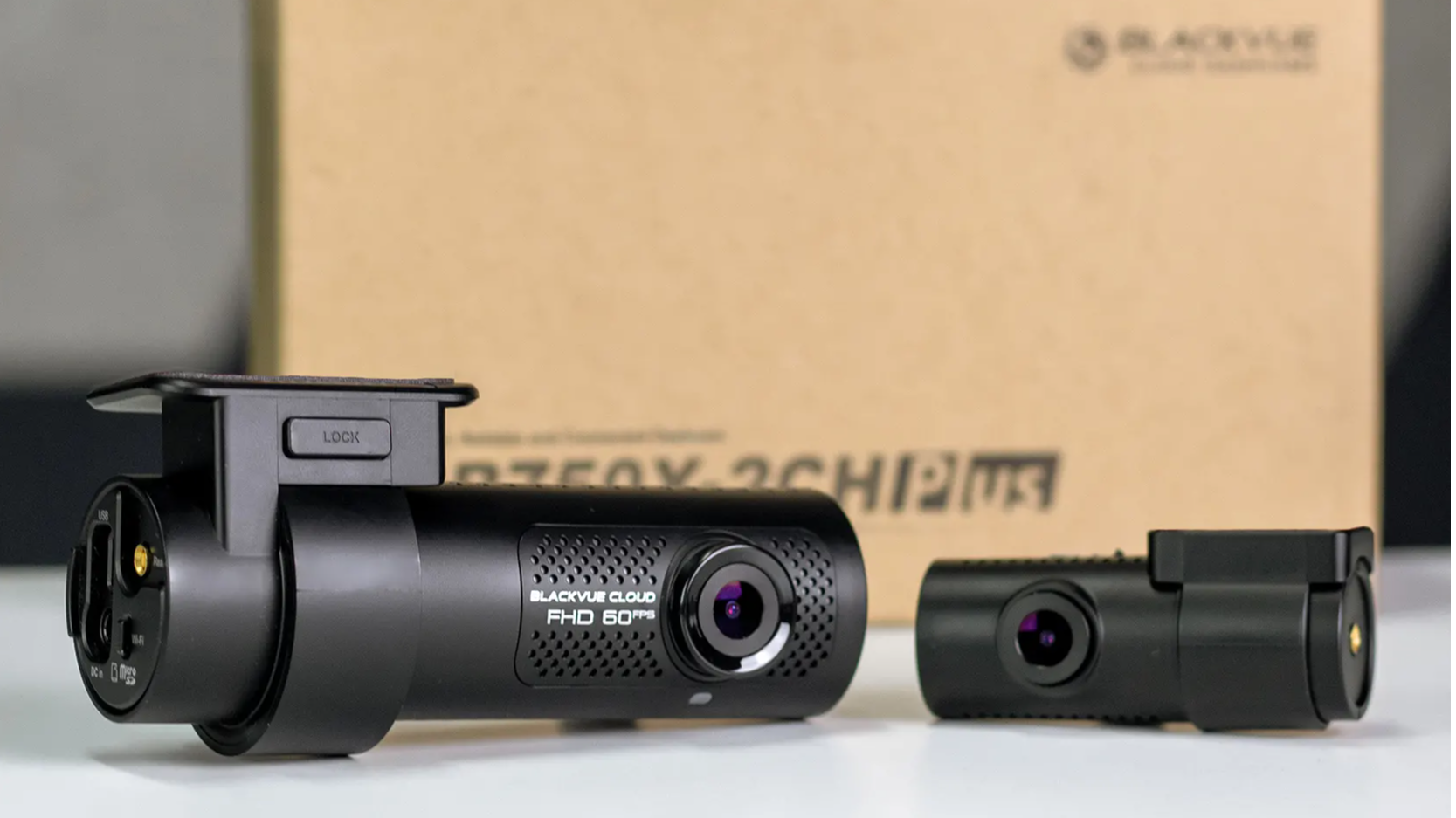 The improved Sony STARVIS™ CMOS sensor is probably the main change brought by the X Plus series. Some users have reported that the X Plus uses the Full HD ultra-low light Sony IMX 327 image sensor. While we haven’t yet confirmed that with BlackVue, if it’s indeed true, then you can expect to see an improvement in the ability to preserve details in extreme lighting conditions.

But the one upgrade that we are more excited about is adding a secondary camera to the 1CH version. Before the X Plus series, BlackVue designed the 1CH models as a 1CH only, without a secondary camera port. In other words, if you want to go from a 1CH to a 2CH system, you will have to purchase the 2ch system as a whole. But now, with the X Plus series, BlackVue added a secondary camera port to the front camera so you can get the 1CH model first and upgrade it to a 2-CH at any later time just by plugging in the camera you need - rear, interior infrared or the waterproof exterior. And because of this scalability, both the 1CH and the 2CH X Plus share the same firmware.

In other words, if you are looking for better image quality or the option to switch from a 1CH to a 2CH, then we strongly recommend you consider upgrading to the DR750X Plus series. But if you are simply looking for improved Cloud connectivity or parking mode functionality, you won’t gain much - these features remain the same.

What’s reusable and what’s not?

It depends on which BlackVue model you are upgrading from.

From the S series to the X Plus series: what’s reusable and what’s not

Previously, the BlackVue CPL filter was a DR900S-exclusive accessory. In other words, if you were using the DR750S, you most likely didn’t have a CPL filter. And if you did, you probably have the new BlackVue CPL Filter (BF-1) released in late 2020. The good news is, the new CPL filter fits the DR750X Plus.

The DR750X Plus Series uses a different image sensor across the whole lineup, including the interior infrared (IR) and the external waterproof truck rear camera. Thus, existing DR750S rear cameras are not compatible. In other words, you can’t just plug your S series rear camera into the X Plus front camera just because there’s a secondary camera port. (But won’t that be awesome if you can do that, right?)

The DR750X Plus video cables are identical to the DR750s Series. In other words, you can keep your existing coaxial cable in place and just plug in the DR750X Plus cameras.

Because the X Plus Series uses a “3-wire type” power connectors while the DR750S uses the “2-wire type”, you will not be able to reuse the 12V power cable from your existing DR750S.

The CM100 LTE Module was introduced as a new accessory for the X series and cannot be used with the DR750S. If you are upgrading to the DR750X Plus and would like to take advantage of the always-on Cloud connectivity, you will need to purchase the CM100 LTE Module.

Of course, if you already have a dedicated mobile hotspot in your vehicle, or if you’re not a heavy Cloud user, then you do not need the CM100 LTE module and use the dash cam’s built-in WIFI to connect to the BlackVue Cloud servers.

While the DR750S and the DR750X Plus look very similar in shape and form, the arrangement of the ports on the front camera are different. With that said, if you’re currently using a tamper-proof case for your DR750S, you will need to get a new one for your new DR750X Plus dash cam.

From the X series to the X Plus series: what’s reusable and what’s not

If you are currently using the X series and you have a CPL filter, chances are it’s the new BlackVue CPL Filter. Because the shape of the DR750X Plus Series is almost identical to the DR750X, you can reuse the CPL filter.

As we mentioned earlier, the DR750X Plus Series uses a different image sensor across the whole lineup, including the interior infrared (IR) and the external waterproof truck rear camera. Thus, existing DR750X rear cameras are not compatible with the DR750X Plus front camera.

The DR750X Plus power cable is the same as the X Series, so you can simply reuse your existing DR750X 12V power cable.

Just like the DR750X, the DR750X Plus supports direct hardwiring. If you currently have the BlackVue Hardwiring Cable installed, you do not need to rip it out - simply plug it into the DR750X Plus and you’re good to go.

Ultimately, the decision is yours as you know what fits your needs best.

For example, if you only require a reliable dash cam that gives you the different recording options to boost the 1080p Full HD video quality, don't care much about the Cloud features, we recommend the BlackVue DR750S - it's still a great dash cam. You can always find great clearance deals on it since it's considered an older model.

Now say you appreciate the Cloud features, but you need better connectivity than the built-in WIFI offers, then we strongly recommend the BlackVue DR750X series. With the optional CM100 LTE Module, you can enjoy hassle-free Cloud connectivity anytime, anywhere - all you need is an active SIM card.

But, if you are looking for better image quality and the freedom to switch from a 1CH to a 2CH, we strongly recommend you consider upgrading to the DR750X Plus series. 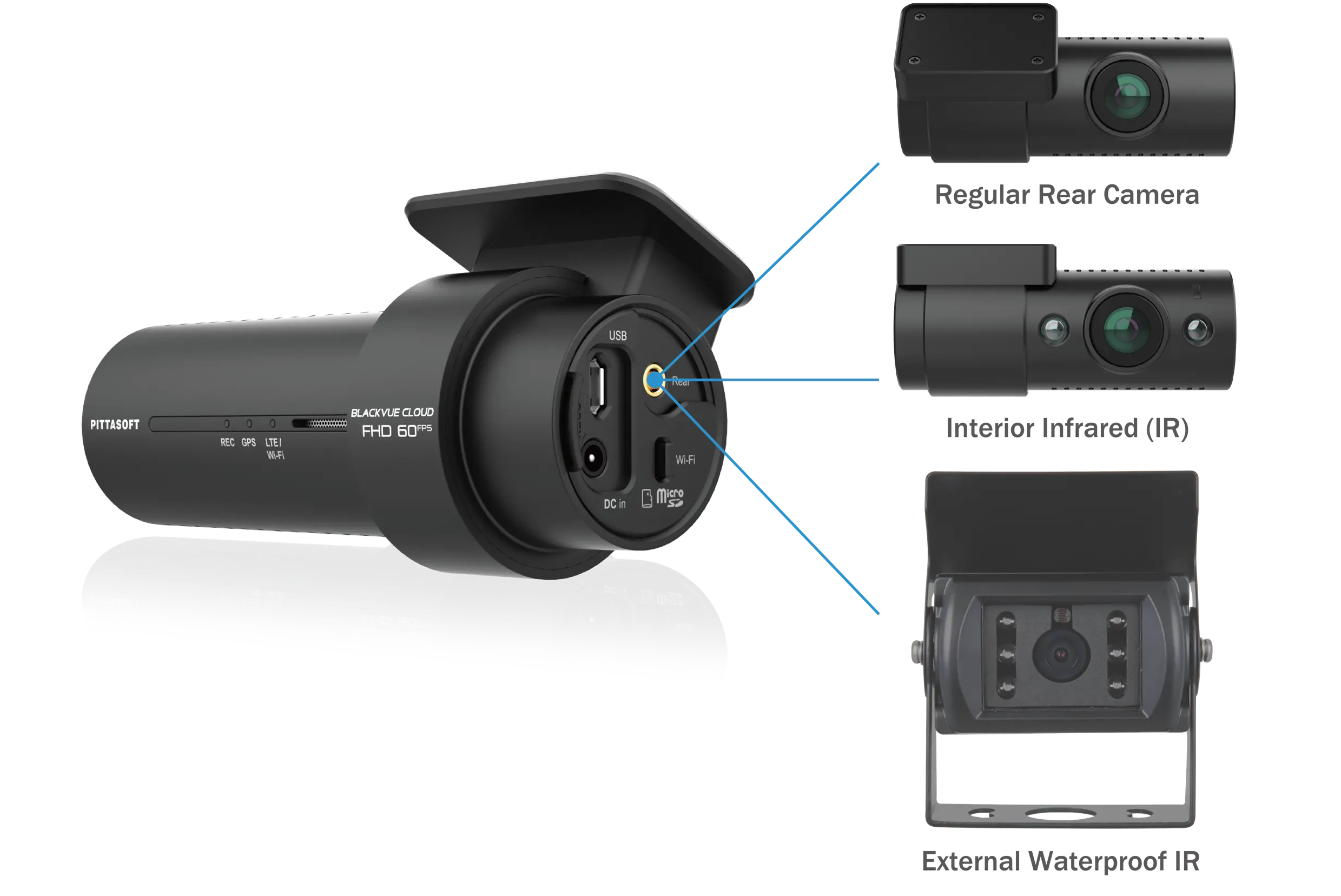