Get It Under 3 Days

Radar detector orders may take 4-6 business days to fulfill before shipping out.

The ESCORT MAX 360C is the first radar detector to offer a driver alert system that pairs directly to the vehicle's WiFi (2.4GHz only). Through the ESCORT Live app, connect with more than 3.5 million users who generate over 8 million alerts per month.

With its front and rear dual antennae design, the Max 360C offers true 360 degree protection against all ticket threats on the road. The multi-directional arrows quickly indicate the direction of the threat giving the driver plenty of time to slow down. The Max 360C can easily be updated to the latest software and firmware when connected to a WiFi network that eliminates the need to remove the radar detector from the vehicle.

In Canada, radar detectors are entirely street legal within the provinces of British Columbia, Alberta and Saskatchewan. 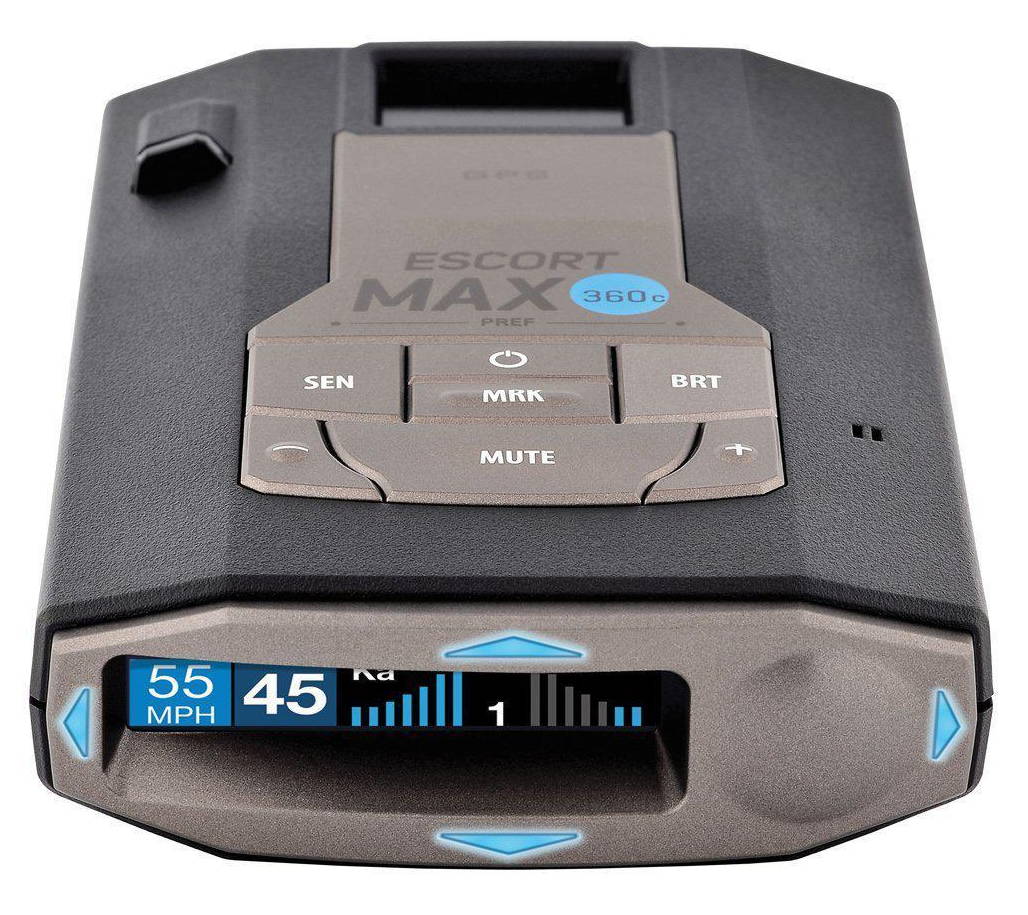 With over 40 years of industry leading performance, the MAX 360C offers state of the art features.

Directional Alert Arrows
Arrows indicate the direction of the threat

Stay tuned for our review.

What is a Radar Detector?

What are false alerts on a Radar Detector?

False alerts are when the radar detector picks up on radar signatures not from a police officer. Two common types are stationary and moving false alerts.

What are the differences between a Ka, K, and X bands?

Ka Band radar waves fall between 33.4ghz and 36.0ghz. With very few exceptions, if your radar detector alerts a Ka band, you can be sure there is a legitimate threat ahead or behind you.

MultaRadar is a brand new threat to drivers across North America. Unlike traditional technology, MultaRadar does not operate at just one frequency which renders many old radar detectors obsolete from detecting MultaRadar.

We fully stand behind our products and are absolutely confident that they will meet and exceed your highest expectations. However, within 30 days of purchase, if you are unhappy with your unit or if you simply wanted to try out a dash cam, we will refund your money. No questions asked. For more details, click here.

Couldnt be happier with max 360c, paired with a blendmount it's perfect. Great place to purchase it from. Super fast shipping. 5 stars

Very nice product. Does what it is designed to do effectively .

Hi Harry, thanks for leaving a review!