Perhaps one of the most common questions and misconceptions we get from customers. We have heard stories of car dealers refusing to honor warranties when the dash cam is hardwired to the vehicle. Can they do that?

Most car dealers sublet their aftermarket accessory work to other specialty retailers. So, why would it be alright for them but not for you?

We made a few calls to several local car dealers, and the answers we received were pretty much the same: installing a dashcam will not void your car's warranty. Technically, per dealership policies, yes, they could and would void the warranty, but only if they can prove that the need for repairs is directly caused by the dash cam.

But just because they can't void the warranty doesn't mean they won't make it difficult for you. For instance, one of the dealers we spoke to warned that if the car battery dies or if there is a battery drain, they will most likely point out the dash cam first because it is not OEM equipment, and they don't know how the dash cam was installed and whether or not it is contributing to said issue.

A couple of the dealers suggested a simple plug-and-play setup. They reassured us that plugging the dash cam into the cigarette lighter socket using a 12V power cable definitely won't cause any issues because that's what they are there for.

But we all know that a simple 12V plug-and-play will not give you parking mode recording capabilities. What are your options in that case?

Hardwiring a dash cam to the car's fuse box isn't that difficult, but mistakes can happen. Fuses sometimes blow. If you're unsure what you're doing, take it to a professional shop and have them do it. Finding a suitable empty fuse and navigating the wires around the a-pillar airbags can be tricky if you don't know what you're doing, especially if you're doing a front and rear dual cam setup. And think twice before paying a guy from Kijiji or Facebook Marketplace to do the hardwire installation.

If you are hardwiring the camera yourself, take the time to read your vehicle owner's manual and the dash cam's installation guide, and check that you have all the right tools for the project. Not sure if you have everything you need? Ask us about the BlackboxMyCar Essential Install Package. It comes with a circuit tester, add-a-circuit fuse taps, and other essential tools for the installation. One of the dealers we talked to strongly recommended fuse taps and that we do not splice any wire or tinker with any fuses of importance.

We also have a Hardwire Installation Guide if you need step-by-step instructions.

Always refer to the vehicle’s owner’s manual to avoid fuse slots that could pertain to certain safety features within your vehicle. 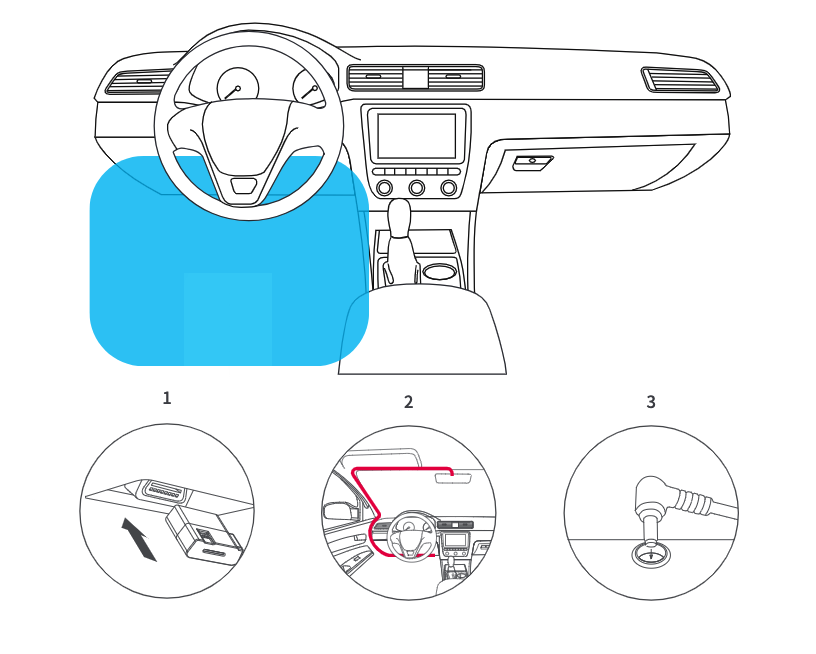 All vehicles manufactured since the mid-1990s will have an OBD port, making your dash cam installation nice and easy for plug-and-play.

Many people opt for the OBD power cable - it gives you the option for parking mode recording while being completely free of all electrical in the vehicle. It also allows you to unplug the dash cam whenever needed, like right before you drive into the service department at the dealers.

Not only is OBD found in all vehicles manufactured from the late '90s, but OBD is also a universal plug-and-play fit and is much easier to access than your vehicle's fusebox. However, not all dash cams come with an OBD cable.

We also have an OBD Power Installation Guide if you need step-by-step instructions.

Almost all of the dealers we spoke to confirmed that a plug-and-play setup will not void your warranty. In other words, as long as whatever you plug into your car's cigarette lighter socket doesn't blow a fuse, you should take advantage of it.

A dash cam battery pack, like the BlackboxMyCar PowerCell 8 and the Cellink NEO, can be plugged into the car's cigarette lighter socket and will provide you with enough juice for an extended parking coverage - no hardwiring required, though you could, if you are looking for a faster recharging time.

We also have a Battery Pack Installation Guide if you need step-by-step instructions. 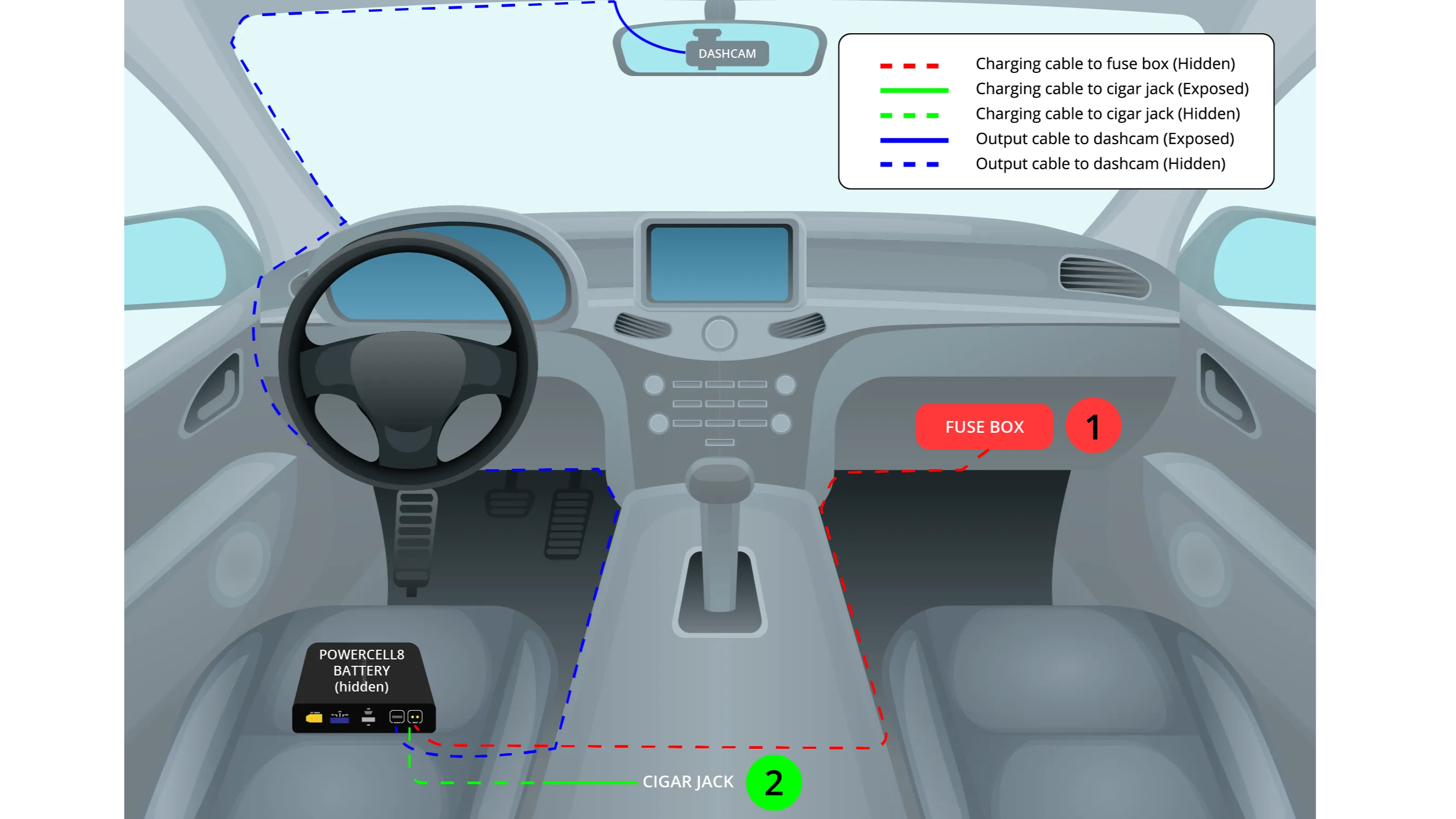 You simply need to insert the included 12V cigarette adapter into your vehicle’s cigarette socket. A full charge from empty will take about 90 minutes.

Installing a dash cam in your car will not void your warranty. Extensive modifications to your vehicle, such as a lift kit, new wheels, or bigger tires, will not void your warranty. These modifications are protected under the Magnuson-Moss Warranty Act enacted by Congress in 1975, a US federal law that was put in place to better protect consumers against deceptive warranty practices. In other words, if you want to install a dash cam to boost your car's safety and security, go ahead. Looking to install a radar detector? The same applies.