The situation captured by the Thinkware F800 Pro is one of the fastest-growing traffic infractions in the past years - hit-and-runs. According to a national AAA study, there were 737,100 hit-and-run crashes in 2015, growing by 7.2% yearly.

While accidents in parking lots aren’t likely to be as serious, they are still very common. It's estimated that one in five traffic collisions in Canada occurs in parking lots - and if one happens to you, it can affect your car insurance rate.

Many believe that if two cars are involved in an accident inside a parking lot, both drivers are equally at fault—the 50/50 rule. Fortunately, that’s not always the case. In most situations, when you hit another vehicle that is stationary and legally parked, you are 100 percent at fault.

But, how do you prove that your car was stationary and legally parked? Our customer, Maurice T has a story to share.

Shared from Maurice T’s email to us in August 2022:

Just wanted to submit my Hit n Run accident that happened on July 31st, 2022 in Greenpoint Day Use Area in Harrison Hot Spring

A Honda Odyssey was backing up, and he literally just reversed all the way and hit our Outlander's driver-side bumper.

When I first saw the damage, I was like, OMG...I saw a note on my windshield and was happy because the driver who did it actually left his name and number. I wasn't really sure what he wrote for his name but when I was driving back home. I tried calling the number hoping to get the information of the other driver.To my surprise, it was an INVALID number. I tried flipping around the last 4 digits because the way he wrote it on the paper was a little bit confusing. I tried flipping the numbers and called all the possible combinations and none of them worked! I was so pissed, and at the same time, I wanted to get back home asap because I wanted to review my footage to verify what actually happened.

After reviewing the footage, I was able to see what happened and saw that the driver actually left the note. It was a pretty sunny day, and the sun was actually really bright. I have a CPL filter on my Thinkware F800 pro, and I had to do a playback on the parking incident and had to pause every second until I got a clearer picture of the plate number. Thankfully I was able to see the 5 letters/numbers out of the 6 on the license plate. The last letter was either M, N or W. That was really helpful when I was reporting the incident to ICBC.. they were able to match the license plate and locate the driver responsible.

The ICBC adjuster contacted me after a week and told me that ICBC has already contacted the driver and asked them to report what happened. Looks like the driver at fault had no plans on reporting what happened and I believe that he put an invalid number on purpose so that the people who witness what happened won't interfere since he already left a note on my windshield.

I'm thankful that I had my Thinkware F800 Pro 2 channel hardwired with a Cellink battery pack back in 2018 if I'm not mistaken. I have finally got my money's worth and so happy that I invested in a battery pack. Also, what I like about Thinkware dashcam is that there is a separate folder for parking incidents which makes it easier to locate the actual accident.

Few days ago, I got an email from my ICBC adjuster saying that the other party finally filled a report and based on all the evidence I have sent them, the other driver is 100% at fault.

I'm getting my car fixed already, and I don't need to pay any deductible.

Hoping to get a dashcam with a battery pack for my other car soon! Talked to my wife and hopefully, this incident will finally convince her that a dashcam is a good investment especially when we realize what people actually do when they commit an accident in a parking lot. 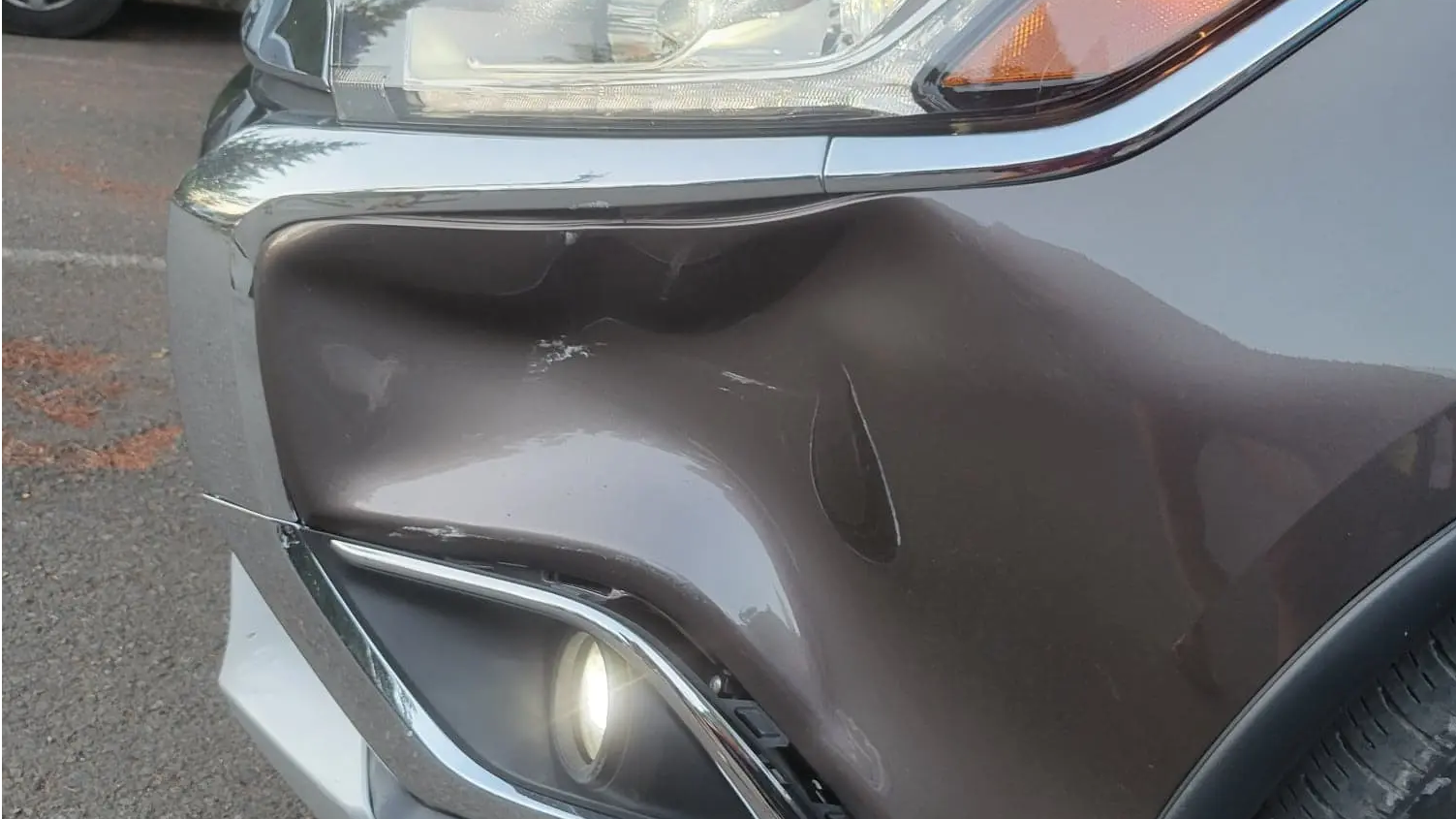 Trying to record as many details about the incident can be difficult, especially if you didn’t get a good look at the other driver and there was no witness around. Keep in mind that not all witnesses are credible. Even if a witness did observe the hit-and-run accident, the witness’ testimony is helpful only if that person is credible - people can have different opinions and draw different conclusions even though they are observing the same event.

Dash cams are made for situations like these. Many dash cams offer parking mode recording - you may recall seeing the following terms in the dash cam’s user manual: parking mode, parking surveillance, sentry mode, or parking guard; all these refer to the same time - the ability to record incidents when the car has been powered down.

There are many types of parking mode recording, the most common being motion and impact detection. When the dash cam detects that the car has been powered down, it will go into parking mode, where the camera stands by for any action. Generally, motion and impact detection work hand-in-hand. Say a car pulls into the parking stall in front of you, and your dash cam’s motion sensor will be triggered. Your dash cam will go into standby mode - the camera will start to record. Suppose the car should bump or hit your vehicle. In that case, the impact sensors in your dash cam will be activated, and your dash cam will continue to capture the incident and lock the recorded footage onto the microSD card so you can review it for all the details you need.

Parking mode recording is made possible by hardwiring the dash cam to the vehicle’s fusebox or an external battery pack. Learn more about parking mode here.

Thanks, Maurice, for sharing your story! Very unfortunate to see what happened, especially when the other driver decided to leave you a fake number, too. We are happy to hear that your Thinkware dash cam was able to identify that person.